This Veteran Filmmaker Asks, “What If You Could Eat in a Restaurant and Get Healthier, Not Sicker?”

Veteran producer John Corry’s groundbreaking feature documentary film, Forks Over Knives, has become one of the most influential and best-selling documentaries since its premiere in 2011. His other productions on diet and disease include PlantPure Nation and The Engine 2 Kitchen Rescue, both available on Netflix, and upcoming: Revelations Café: Food for the Soul.

John’s experience producing Forks Over Knives influenced him to change his way of eating, and eventually, other family members and crew also transitioned to whole, plant-based eating.

If I could have five hours with people, could I just get them to at least agree to do a 10-day Jumpstart? Why would I want to do this? Because your body starts to talk to you in 10 days. It’s exciting to be able to spring out of bed or get a full night’s sleep…the joy of seeing your cholesterol drop, your blood pressure improve, your diabetes get better…

Some of the topics John and Kathryn explore include:

“I believe in the power of the individual. I had no idea that Forks Over Knives would do what it did. I’m hoping that by telling my story, other people may be inspired to eat more whole, plant-based foods. 10,000 American baby boomers are retiring every day. How do they want to spend the last decades of their lives?” 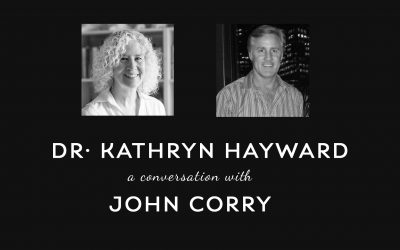